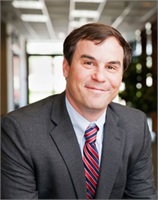 President of The RBI Group

Jeremy has been a Financial Advisor since 2001. Prior to joining LPL as a Financial Advisor and founding The RBI Group in 2013, Jeremy was Vice President- Investments with Morgan Keegan. His niche is working with Shell Oil employees on the Shell Pension, Provident fund, and Social Security. For over 10 years, he has hosted countless educational lunch and learns for Shell employees, and invited to speak numerous times as a Success Story to Financial Advisors in the Morgan Keegan Development program.

As a former college baseball player he learned the importance of teamwork. While building his Advisory practice Jeremy volunteered and spent 10 seasons on the field with the New Orleans Zephyrs- AAA affiliate of the Houston Astros, Washington Nationals, New York Mets and Florida Marlins.

In his spare time he enjoys spending time with his sons Graham, Pierce and Griffin.

Jeremy holds the following securities registrations with LPL Financial: Series 66, 7, 9 and 10. He is registered and licensed with the states of Alabama, Arizona, Indiana, Louisiana, Mississippi, Ohio and Texas.